GDM Rent Car Georgia's another rubric article is Georgia's one of the most beautiful region(Mkhare) Racha-Lechkhumi.

Racha is a highland area in western Georgia, located in the upper Rioni river valley and hemmed in by the Greater Caucasus mountains. Under Georgia's current subdivision, Racha is included in the Racha-Lechkhumi and Kvemo Svaneti region as the municipalities of Oni and Ambrolauri. Racha occupies 2,854 km2 in the north-eastern corner of western Georgia. Spurs of the Greater Caucasus crest separates Racha from the Georgian historical regions of Svaneti and Lechkhumi on the north-west and from Imereti on the south, while the main Caucasus ridge forms a boundary with Russia’s North Ossetia. On the east, Racha is bordered by breakaway South Ossetia, officially part of Georgia's Shida Kartli region. From Tbilisi, Racha is a four hour drive and 300 km (190 mi) away, but due to road here tourists can easily arrive.We don’t recommend going to Racha by bus as the travel time can take up to 8 hours from Tbilisi. Renting a car is best way to make fun and enjoyable trip. Our company also have maximized relevant cars for Racha trip.

Racha had been part of Colchis and Caucasian Iberia since ancient times and its main town Oni was said to have been founded by King Parnajom of Iberia in the 2nd century BC. Upon creation of the unified Georgian kingdom in the 11th century, Racha became one of the duchies (saeristavo) within it. Rati of the Baghvashi family was the first duke (eristavi) appointed by King Bagrat III. Descendants of Rati and his son Kakhaber, eponymous father of Racha's ruling dynasty of Kakhaberisdze, governed the province until 1278. In 1278 King David VI Narin abolished the duchy during his war against the Mongols. In the mid-14th century, the duchy was restored under the rule of the Charelidze family.

Racha's dukes history is big, so we are going to show you seightseeings which will like every tourist and visitor. 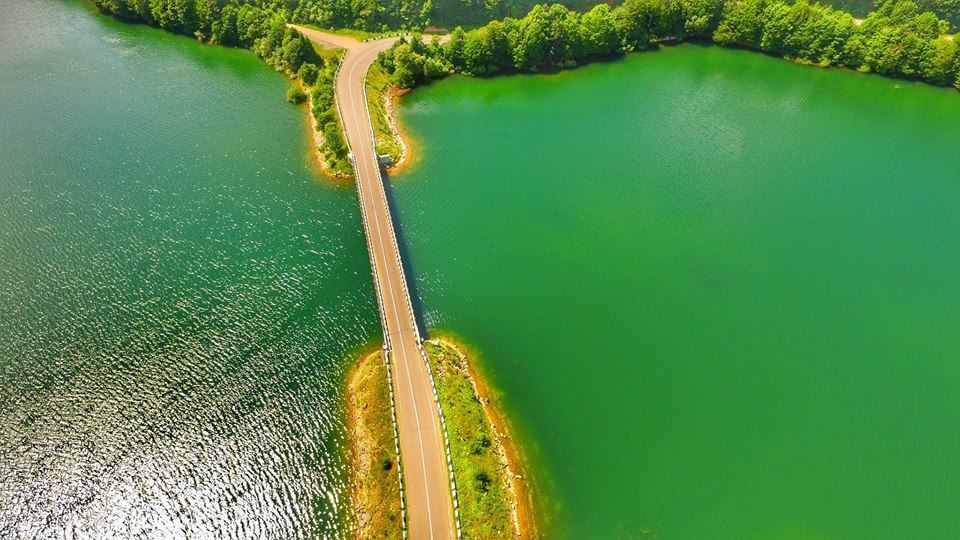 Shaori Lake is the largest lake in the region, which is located in Ambrolauri municipality. The Shaori reservoir stretches 7.1 kilometers from southwest to northeast, the largest width of 2.7 kilometers. In autumn, the colorful trees that reflect in the water create a fairy-tale land. In summer it is a welcomingly cool place for picnics. Fishermen appreciate Shaori as carp up to 10kg (22 lbs) are often caught in its waters. Ten minutes further into the heart of Racha and you will arrive at the village of Nikortmsinda where a 10th century temple is located and is currently a UNESCO World Heritage Site candidate.

The Nicortsminda Cathedral of St. Nicholas is one of the most important architectural monuments of the medieval Georgia. It is located in the village bearing the same name in the mountainous region Racha in Western Georgia. According to the epigraphy on the western entrance, Nicortsminda Cathedral was built during the reign of King Bagrat III in 1010-1014.

The Cathedral is interesting because of its plan: it is inscribed within a hexagonal whose sides, with the exception of the West one, are flanked by the apses; from the outside, it is cruciform. The chapels were added later, but also in the 11th century. Cathedral is generously decorated with rich ornamental relief depicting Transfiguration, Doomsday and other evangelic subjects, figures of the Saints, and of real and fantastic beasts. Nicortsminda lapidary decoration testifies to the superb skill of the craftsmen and the artistic standards, which make this Cathedral one of the most outstanding examples of Georgian architecture.

The interior is decorated with wall painting of 16th and 17th centuries with numerous portraits of feudal rulers.

The Cathedral has a form of five apses from inside and the massive dome rest of the on the half-pillar shaped apse projections. The transition to the dome circle is affected by means of pendentives. Altar apse bema and the western passage make the space greater inside. Interior is decorated with frescoes from the 17th century and the rich ornaments, reflecting the mastery of the late-Medieval Georgian ecclesiastic art.

From the outside the Cathedral shapes like a short-armed rectangular cross and has a short segment to the west. The facades of the Cathedral are covered with smoothly hewn stone. Decorations include unbroken arcatures and various rich ornaments including multiple-figured story-telling reliefs and episodes . Nikortsminda has one of the most beautiful decorations from all Georgian churches and cathedrals because several different styles can be seen among them, telling the richness of the selection of motifs and the manner of execution.

Ambrolauri is a small city with a population of only 2,000 people located 550 m (1,800 ft) above sea level. Interesting sights in this city include the Museum of Fine Arts and Brakoni, a Georgian Orthodox church. The latter is a 12 minute drive from the city center. The Museum of Fine Arts holds over 550 paintings of well-known Georgian artists (Gudiashvili, Akhvlediani, Kakabadze, Varazi, and others) and is open every day except Monday from 10:00 to 17:00 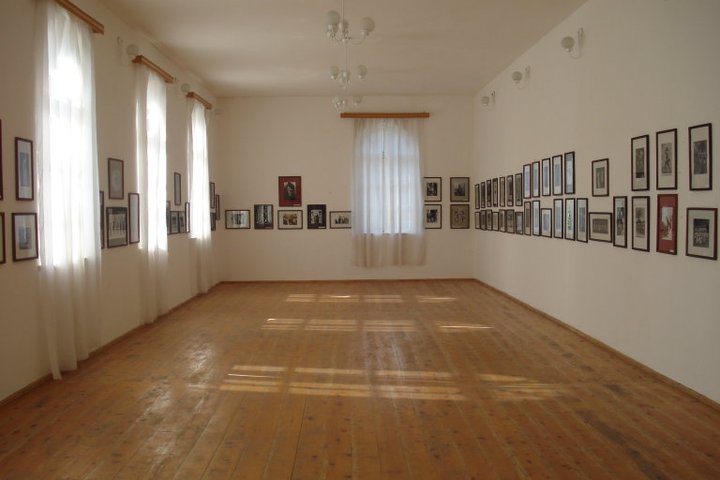 Oni  is a town in Racha-Lechkhumi and Kvemo Svaneti region , Georgia. Historically and ethnographically, it is part of Racha, a historic highland province in western Georgia. The town also serves as an administrative center of the Oni district

Oni is situated in a deep gorge on the left bank of Rioni River, some 830 metres (2,723 feet) above sea level and 210 kilometres (130 miles) northwest of Georgia's capital Tbilisi.

According to the legend, the city was founded in the 2nd century BCE though it’s probably much older as it has been inhabited since the Bronze Age. Visit Oni’s Local Museum founded in 1937. It houses 15,000 archaeological artifacts, architectural elements, and ethnographic objects such as textiles, coins, and painting books. 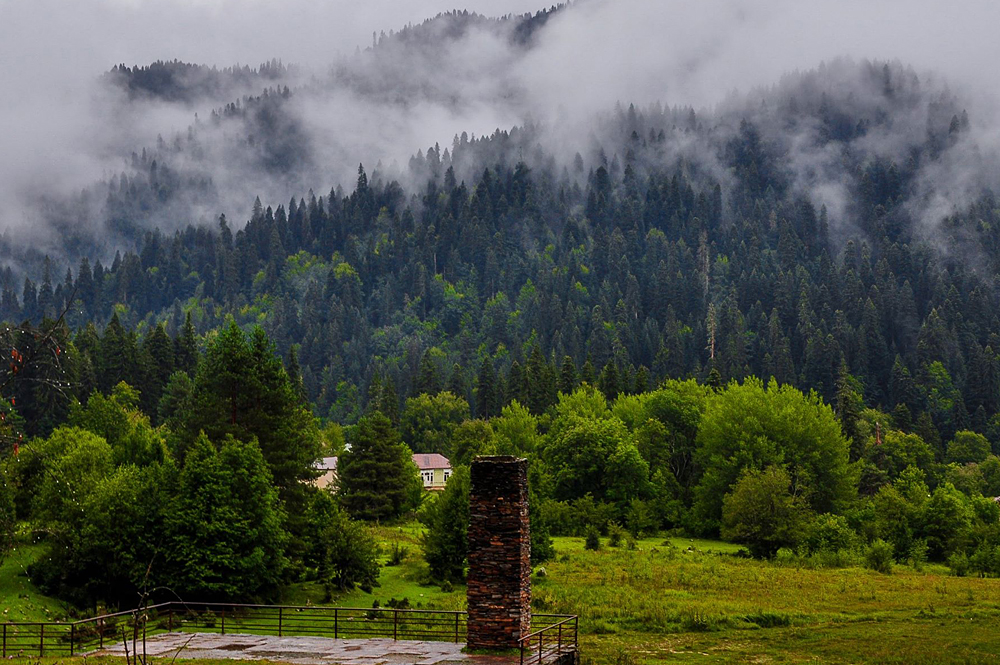 Shovi - Balneological-climatic resort in Oni municipality is situated in the Racha-Lechkhumi and Kvemo Svaneti region on the Ossetian military road in the Chanchakhi river valley. 1520 meters above sea level, 30 km from Oni. Surrounded by coniferous (Spruce, fir, pine) and deciduous forest.

Shovi is very beautiful, especially in winter. Visitors make in winter very joyable trips. Except, hotels, in Shovi there are small huts, which is very good for overnight and little trips in snow. 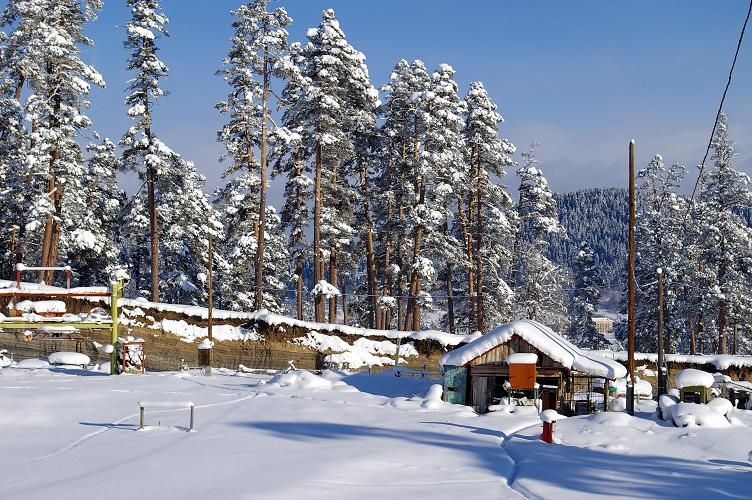 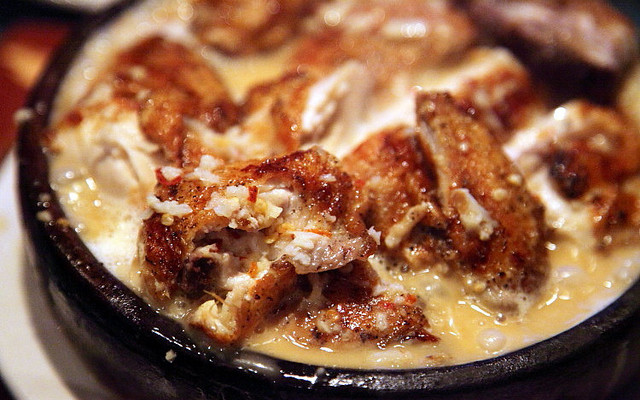 Shkmeruli is a chicken dish from the village of Shkmeri, Racha region of Georgia. Chicken in a special spicy sauce with garlic and milk, often cooked on a clay pan.

Its ingredients are: chicken, mashed garlic and milk. Dish could have originated in Village of Shkmeri, Racha.  If you decide to try Shkmeruli In Shkmeri, I can tell you that this quite exotic village (elevation 1700m) is home to Usholta Caves and even more interesting tourist site: river Kheori canyon which locals will be happy to show you.

Lobiani is a traditional Georgian dish of bean-filled bread. In Georgia the most popular is Rachuli Lobiani, like a Khachapuri, but with bean and bacon. The word "Lobiani" comes from the Georgian word for beans which is "Lobio". This "Lobio" or the kidney beans is the most important ingredient for making Lobiani. 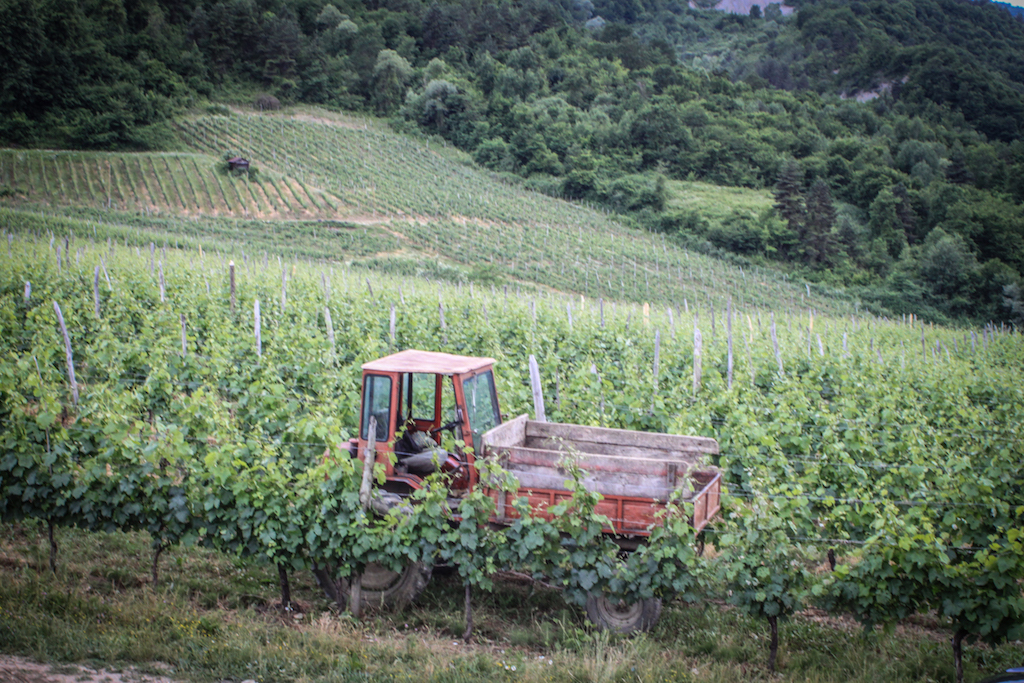 Viticulture and winemaking is one of the oldest fields in all the Georgian regions and Racha is no exception. The peasants in Racha have been perfecting the vines, improving their fertility, as well as the methods of care and cultivation rules.

Khvanchkara or Kipianis’ Wine as it is often referred to, was first produced in 1870s according to the oldest traditions of winemaking that was spread throughout Racha region. This wine was made of two species of grapes – Aleksandrouli and Mujuretuli.

The prince of Racha, Kipiani, used the method of making the sweet wine and decided to make a wider production and soon after that, Khvanchkara was recognized as one of the best wine locally as well as in the entire Kutaisi Governorate.

Prince Kipiani was responsible for promoting this wine. As for the abovementioned species of grapes, Aleksandrouli and Mujuretuli, they are old species and they were used for making other types of wine.

As far as the name Khvanchkara is concerned, it is the name of the village where Aleksandrouli and Mujuretuli are mostly cultivated.


So, there is not all about this wonderful place, with full of great history. We hope, you like this articles and want to visit and spend your 4 seasons in Georgia. GDM Rent Car Georgia's Service is comfort and 100% relevant for people, who like the travelling, enjoying and e.t.c