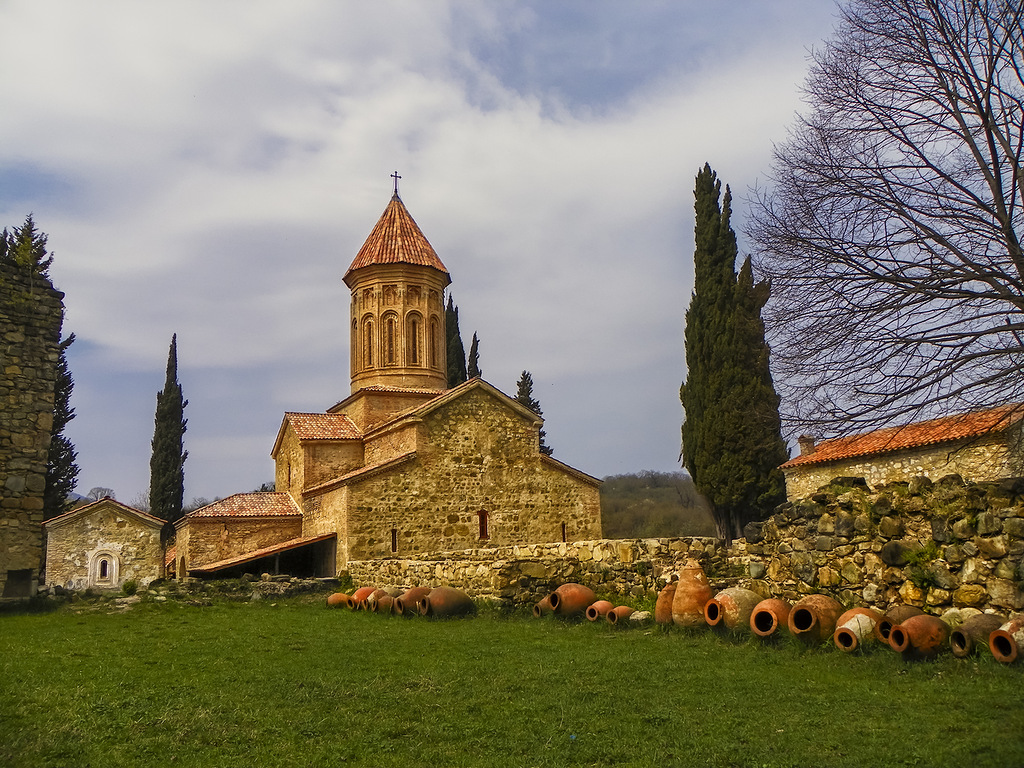 All of them were restored in the 19 th century. In one of the churches is buried St. Xenon of Ikalto. The academy building is the newest (the 12 th century). Today only the fragments of it can be seen on the roadside hill. The building of academy was not restored its destruction by the hordes of shah Abas I in 1616.
The academy of Ikalto was founded at the monastery during king David the Builder by Arsen Ikaltoeli in the early 12th century. The Academy of Ikalto trained its students in theology, rhetoric, astronomy, philosophy, geography, geometry chanting but also more practical skills such as pottery making, metal work, viticulture and wine making and pharmacology.
Ancient academy of Ikalto is famous for the fact that Shota Rustaveli, the outstanding Georgian poet of the 12 th century, used to study there.