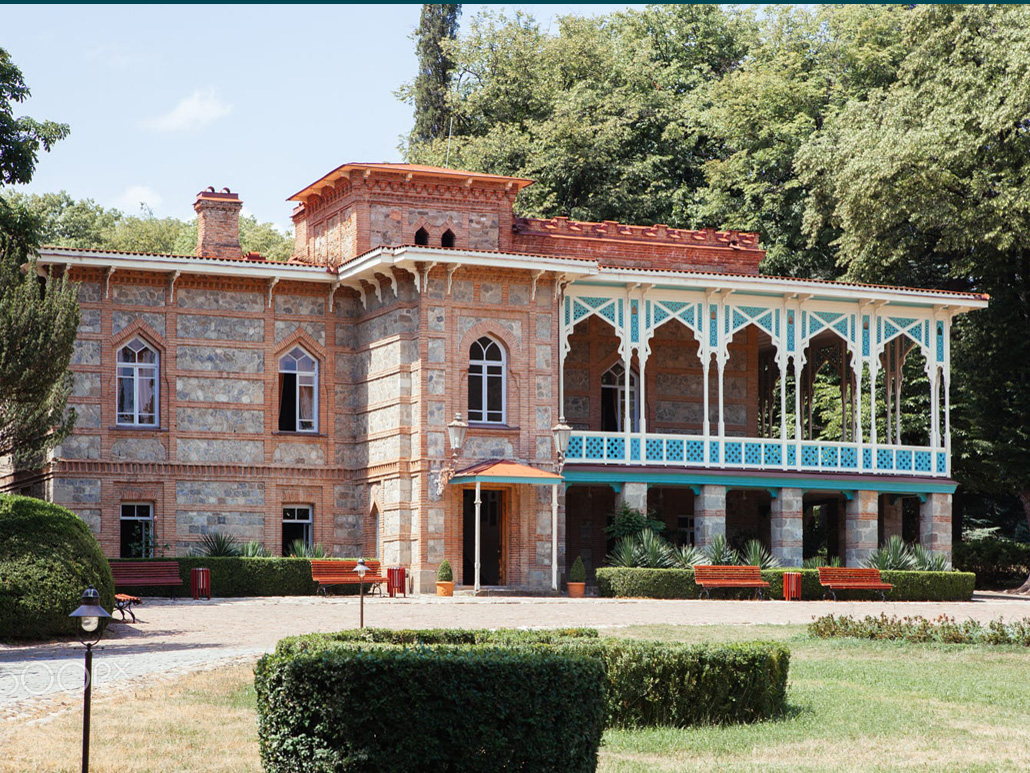 Tsinandali is a village in Kakheti, Georgia, noted for the estate and its historic winery which once belonged to the 19th-century aristocratic poet Alexander Chavchavadze (1786–1846). It is situated in the district of Telavi, 79 km east of Tbilisi.

Alexander Chavchavadze inherited this village, lying in the Alazani River vally, from his father, Prince Garsevan. He refurbished the estate, constructed a new Italianate palace and built a decorative garden in 1835. It was the place where Chavchavadze frequently entertained foreign guests with music, wit, and – most especially – the fine vintages made at his estate marani (winery). Familiar with European ways, Chavchavadze built Georgia’s oldest and largest winery where he combined European and centuries-long Georgian winemaking traditions. The highly regarded dry white Tsinandali is still produced there.The village and the Chavchavadze estate were further famed by a surprising raid by the troops of Imam Shamil, a Muslim leader of the northeast Caucasian opposition to the Russian expansion, on July 2, 1854. The attack was commanded by Ghazi-Muhammad, Shamil’s son. Avenging the Chavchavadze family for their contribution to the Russian success in the Caucasian War, the mountaineers pillaged the estate and kidnapped the wife of Alexander’s son, Prince David Chavchavadze, her widowed sister, Varvara Orbeliani, who were both grand-daughters of George XII of Georgia, their children and several relatives. This event sent waves of shock not only into Russia, but the West as well. On March 22, 1855, after complicated negotiations, the hostages were exchanged for Shamil’s captive son Jamal al-Din and 40,000 silver rubles as part of a deal involving a general exchange of prisoners.[2]
After David Chavchavadze’s death, due to the failure to pay the debt to the Russian Public Bank, the estate passed to the property of the Imperial family. The Tsinandali garden was renovated in 1887 and passed to the state n 1917. In 1947, the estate was organized into a museum